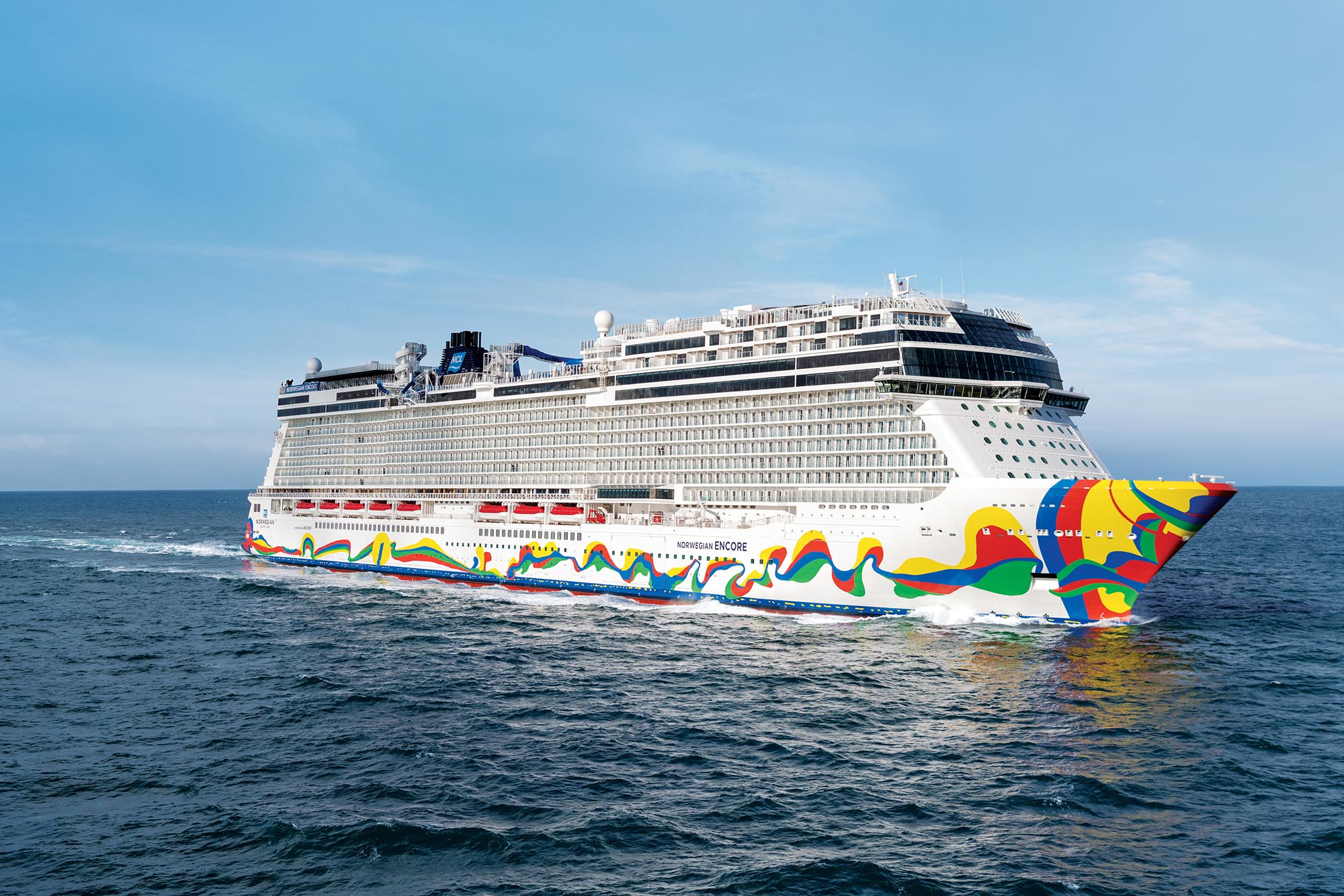 Norwegian Encore, the newest NCL ship, sails into open water for first time. She will be cruising the Caribbean from Miami this autumn and winter of 2019, before repositioning to New York in the spring and summer of 2020 for Bermuda cruises. Intricate chandeliers, modern art pieces, the world’s longest racetrack, the largest outdoor laser tag arena are just some of the unique features offered to passengers in our review. 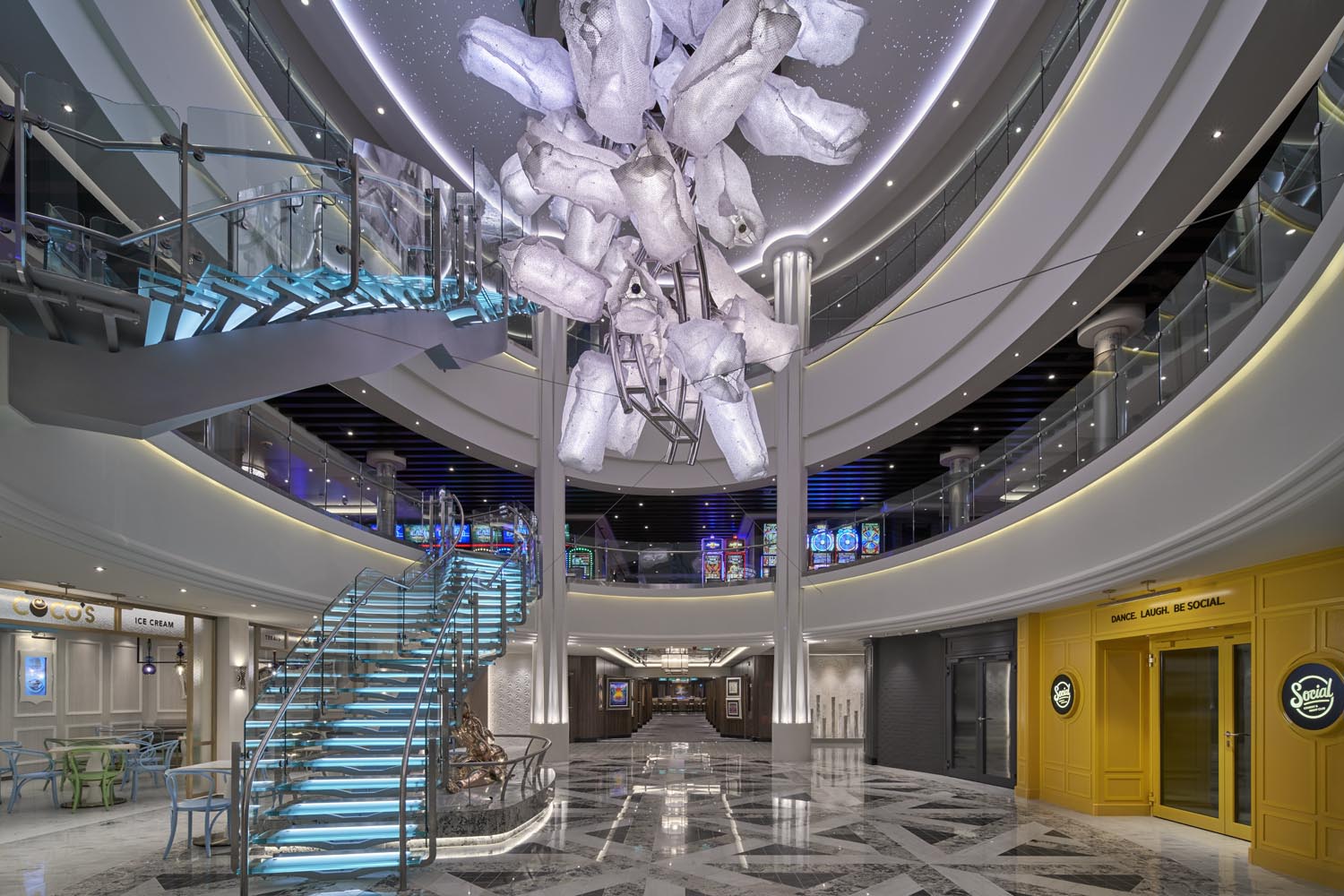 Norwegian Encore leaves no room for boredom. In addition to the usual entertainment like the theatre, casino and arcade, the new ship features the world’s longest racetrack at sea, spanning two levels and extending 13 feet over the side of the ship. Zoom around in excess of 20 mph as you drive your go-kart around the Encore Speedway.

Another innovation of the ship is the largest open-air laser tag arena with the addition of augmented reality. Step inside a recreation of Atlantis with its giant tentacled sea creatures and impressive ancient structures. This 100% immersive experience will fully capture your attention and make you forget about the outside world.

There is an additional charge for the go-karts and laser tag, which is disappointing on an all-inclusive cruise but it’s still worth it and huge fun – how many times have you burned rubber round a hairpin bend with the ocean right in front of you or shot your friends with a laser gun on the back of a cruise ship? We recommend doing both activities at night when everything is colourfully illuminated.

Virtual reality plays a key role in the ship’s entertainment and can be found at the new Galaxy Pavilion. Almost entirely driven by VR, the arcade of attractions is the first to feature a VR-based escape room; it also includes race car, hang gliding and roller coaster simulators (among many others) and an interactive 4D cinema in which you compete against other movie-goers to kill the most. 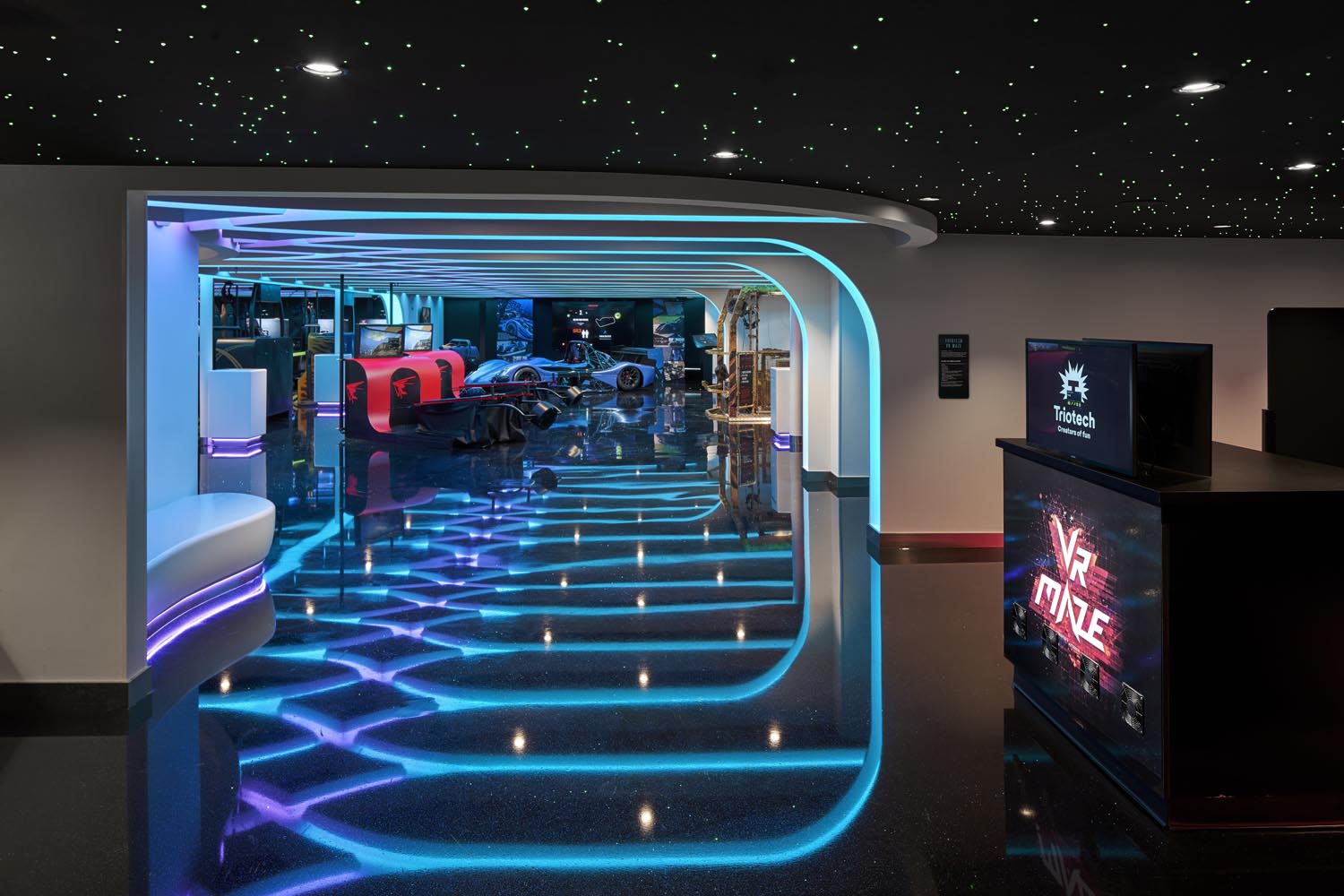 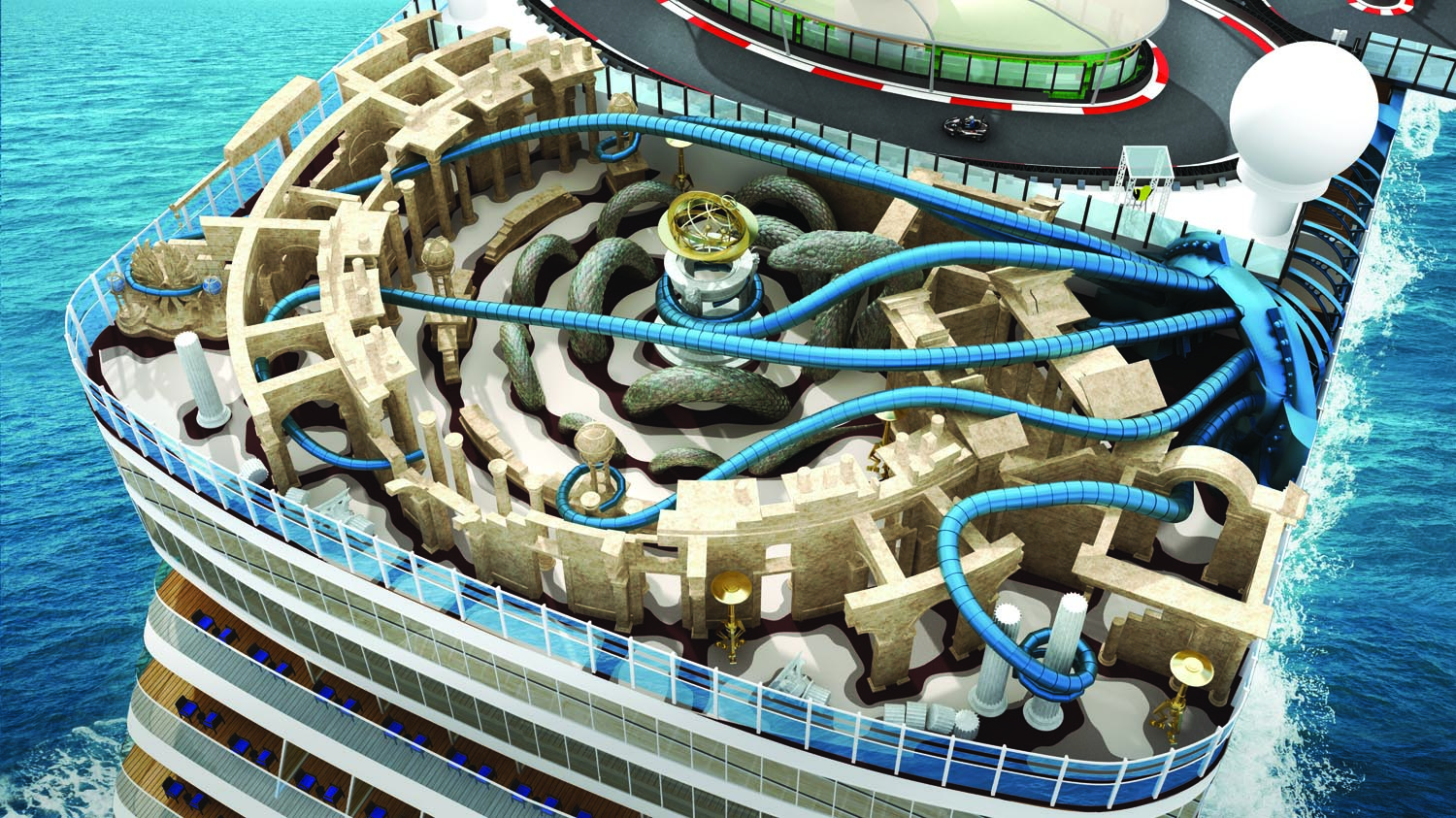 A cruise is not a cruise without a show. The Tony-award-winning musical, Kinky Boots, makes its seafaring debut on Norwegian Encore. Additional entertainment includes Happy Hour Prohibition: The Musical and The Choir of Man show. 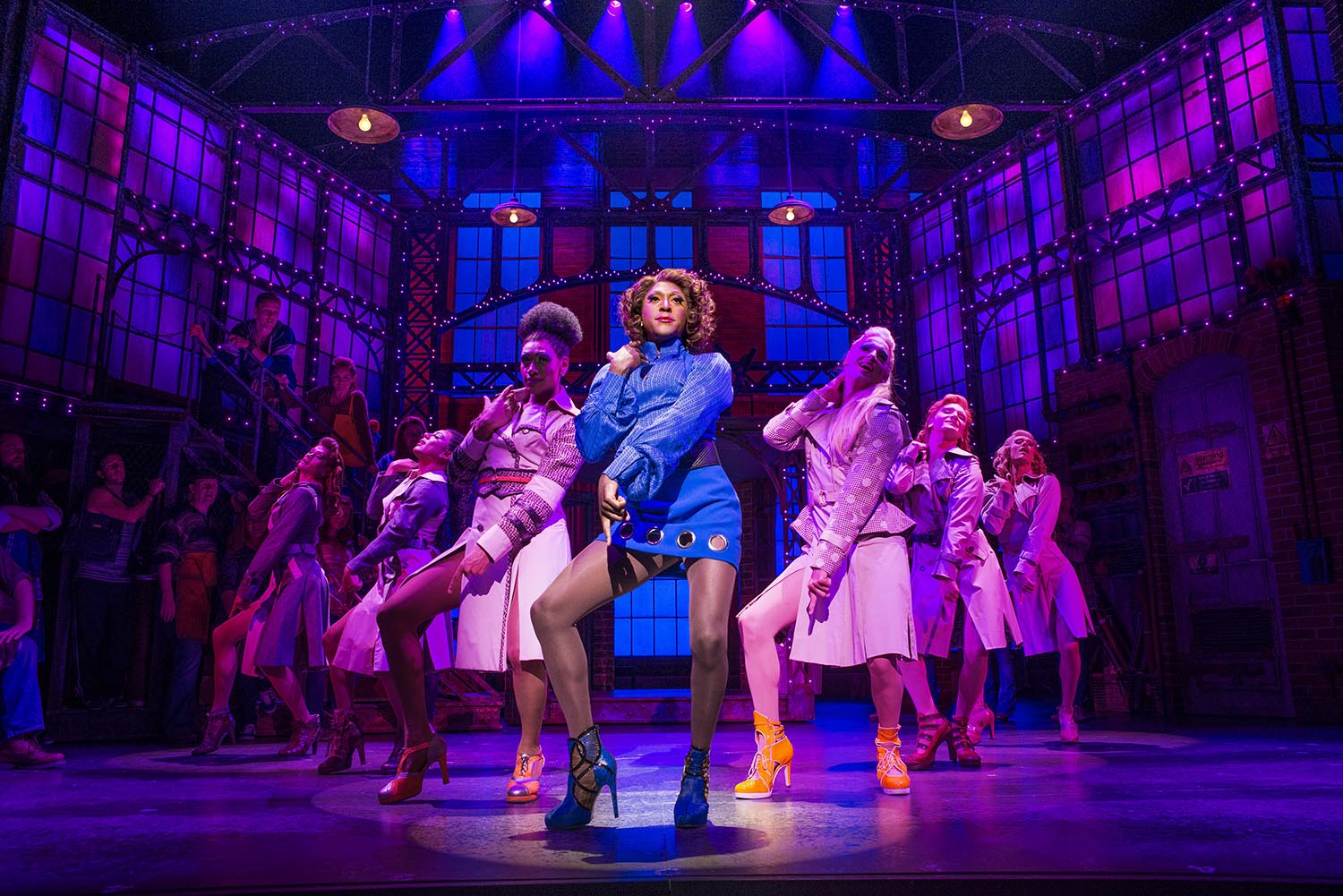 What about the kids?

Splash Academy will keep kids busy from morning to night, so parents can stay at the pool deck for another frozen Pina Colada. Speaking of the pool deck, it features an Aqua Park with water rides and a kids pool area. For teens there’s the Entourage Teen Club, kitted out with sofas, video games and big screens.

With 11 freestyle dining venues and 16 speciality restaurants you have plenty of cuisine to choose from. You could enjoy a modern Italian culinary experience at the all-new Onda by Scarpetta or redefine your favourite comfort food at the American Diner with the juiciest burgers and crispiest fried chicken. There’s fresh, table-side guacamole at Los Lobos, that’ll transport you to Mexico. Whether it’s smoky Texas-style ribs or a succulent filet mignon, Q and Cagney’s both have you covered. If none of that is for you then get your sizzle on at the authentic Japanese hibachi restaurant Teppanyaki. With so many amazing options you’ll never have the same dish twice. Waiters and waitresses mark your food choices on a digital tablet, instantly sending the orders to the kitchen which speeds things up and avoids mistakes. It’s also worth checking out the Garden Café buffet where you’ll find an impressive selection of food including eggs benedict for breakfast and the seafood station at lunch.

With a capacity of almost 4000 people, Norwegian Encore provides rooms for any budget. They feature a modern design with ocean view and balcony staterooms and the award-winning studio rooms for solo guests. You can always opt for The Haven suites for a step up in space and luxury. You’ll find these in The Haven area of the ship that Norwegian calls “a ship within a ship” as it’s an exclusive area at the top of the ship and only accessible by Haven guests. It also has its own restaurant, bar and pool area with a retractable roof.

Our stateroom included a balcony with spacious bathroom and massive shower, complete with massaging water jets. Gone are the days of hanging a ‘do not disturb’ sign on the door – you can now do it at the push of a button, which activates a notification light outside the room. The same is true for asking to make up the room and a light for showing if the guest is ‘home’. However, a few things that aren’t very innovative – the TV is a bit on the small side and mounted at eye level, so you naturally assume it’s a touch screen but it’s not and it’s not facing the bed like on most other cruise ships. Also, the thermostat doesn’t display the temperature, its either high or low which is strange.

Get your drink on

If you fancy a pint, The District Brew House is the perfect place with more than 50 different bottled beers and 22 draft beers, accompanied by live music. There’s even a photo booth for those drunken selfies late into the night. Beatles fans can enjoy a brilliant Beatles cover band at The Cavern Club, inspired by the original where the Beatles performed in their hometown.

Don’t forget the Atrium bar in the centre of the ship or if you’re feeling peckish, grab some American snacks at the Local Pub & Grill with a balcony view from above. Rock out with Gangs and Rojas who play all the classics, even Rammstein’s Du Hast and Enter Sandman by Metallica.

Grab a cocktail and watch the sunset at the vast Observation Lounge with tons of comfy sofas and 180-degree panoramic views. If you love a mojito the Sugarcane Mojito Bar is for you. If you’re after something more sophisticated, feel like a celebrity at the A-list Bar. 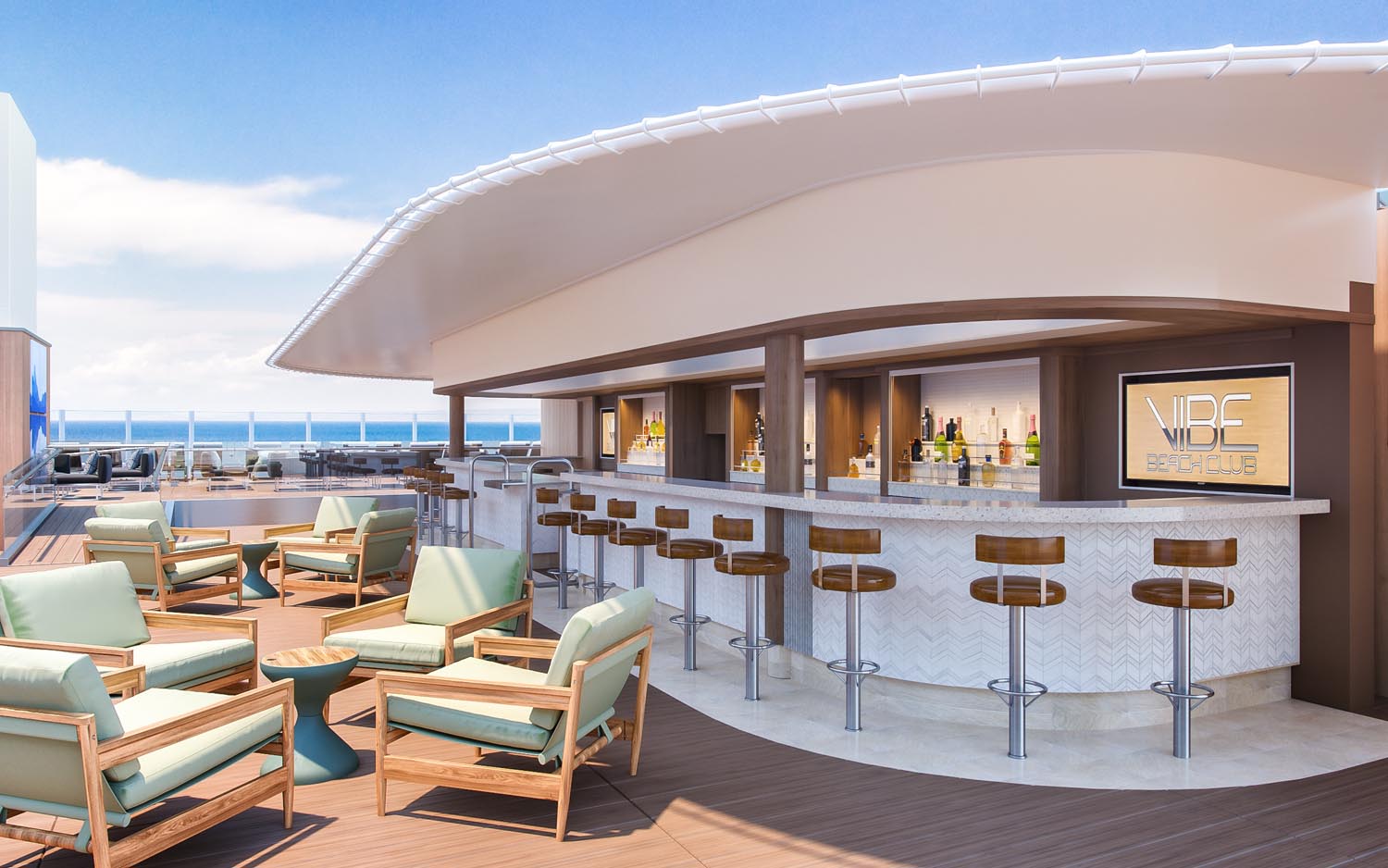 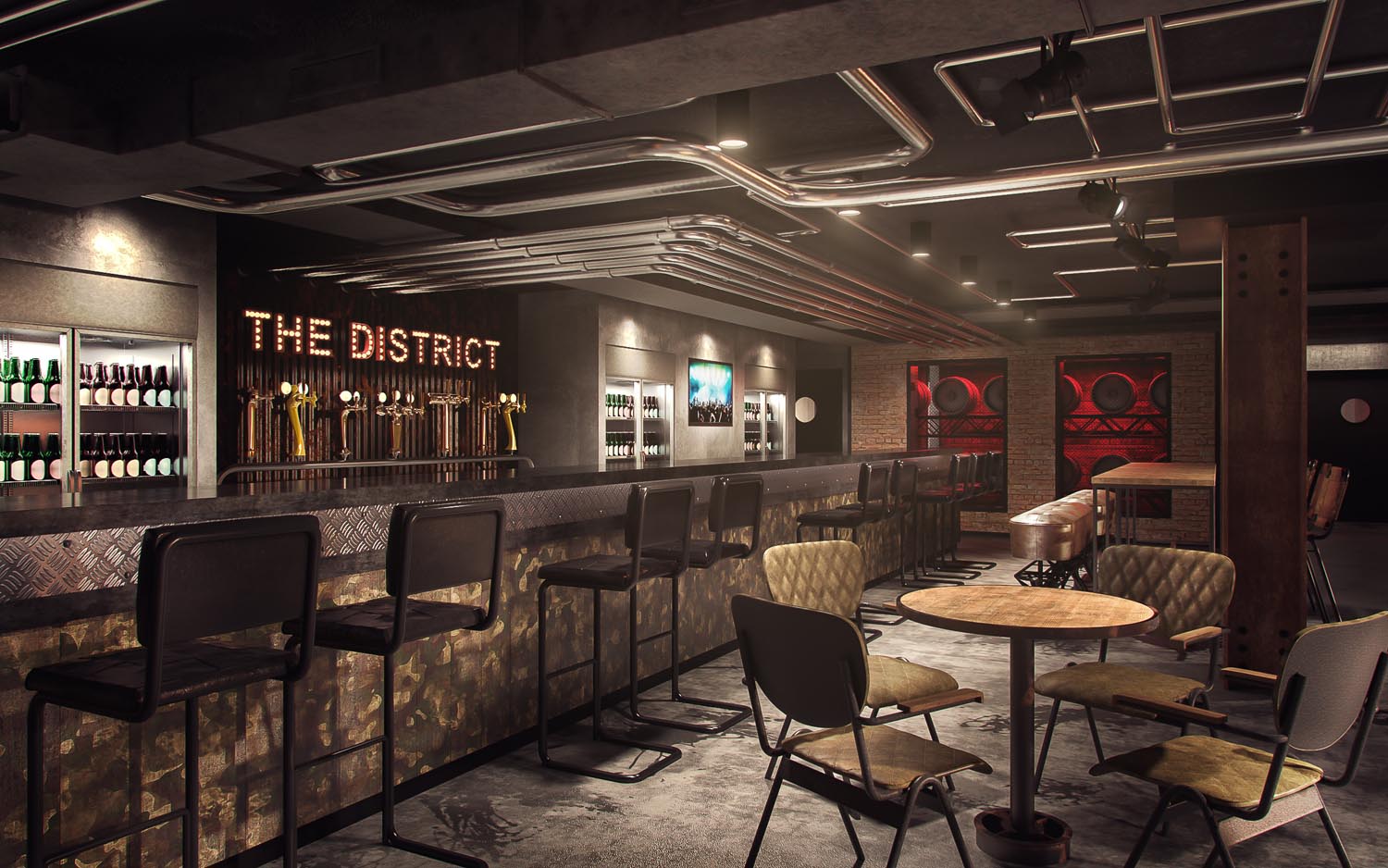 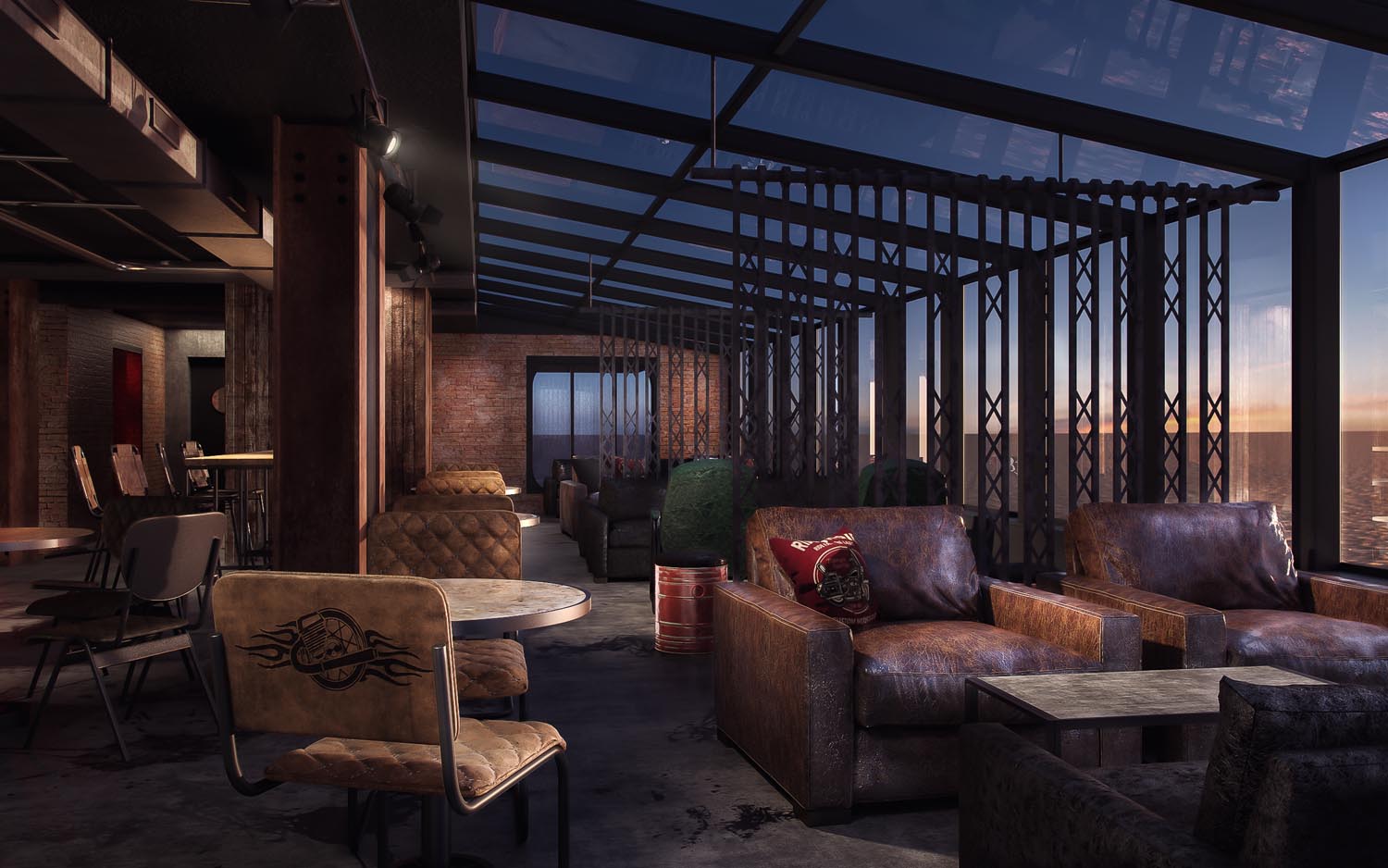 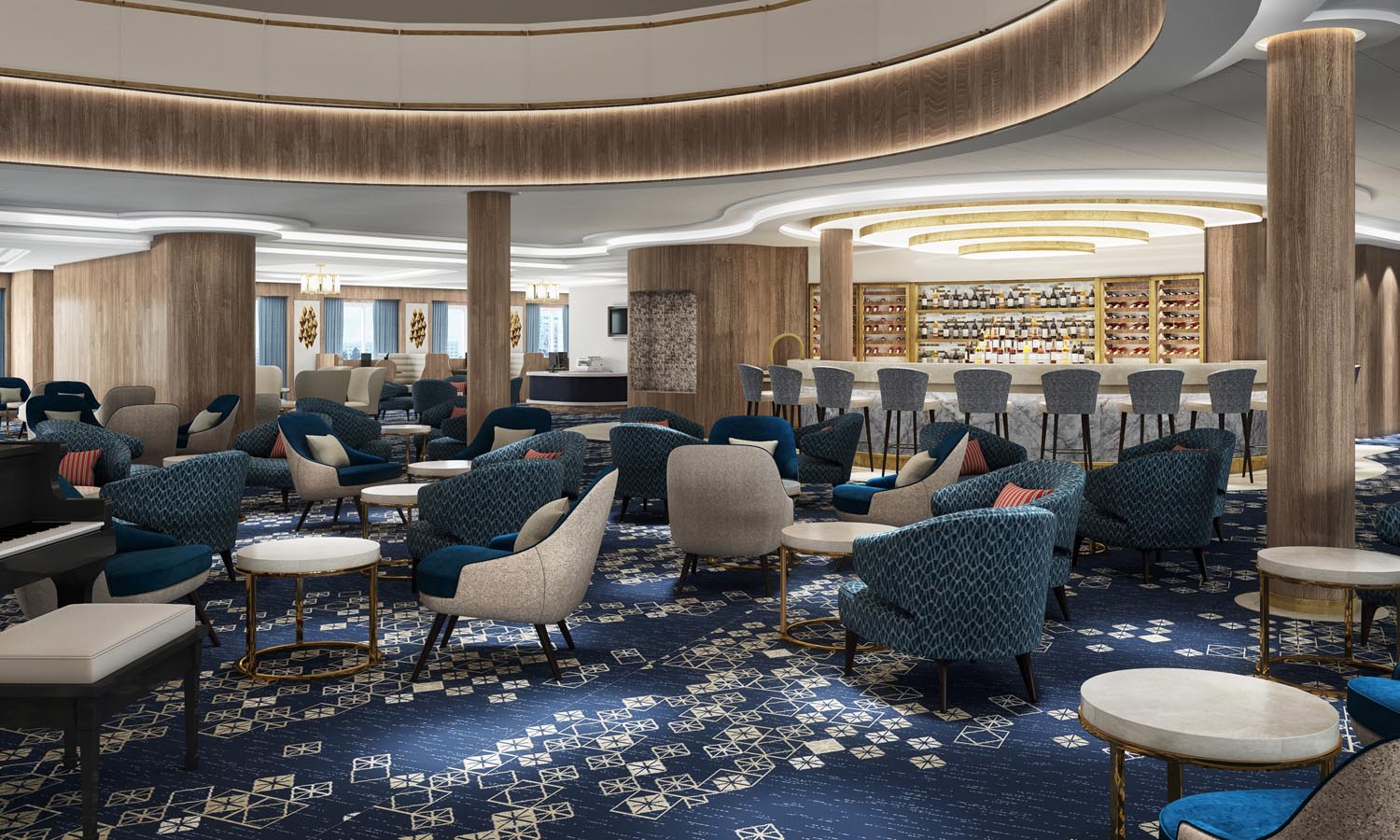 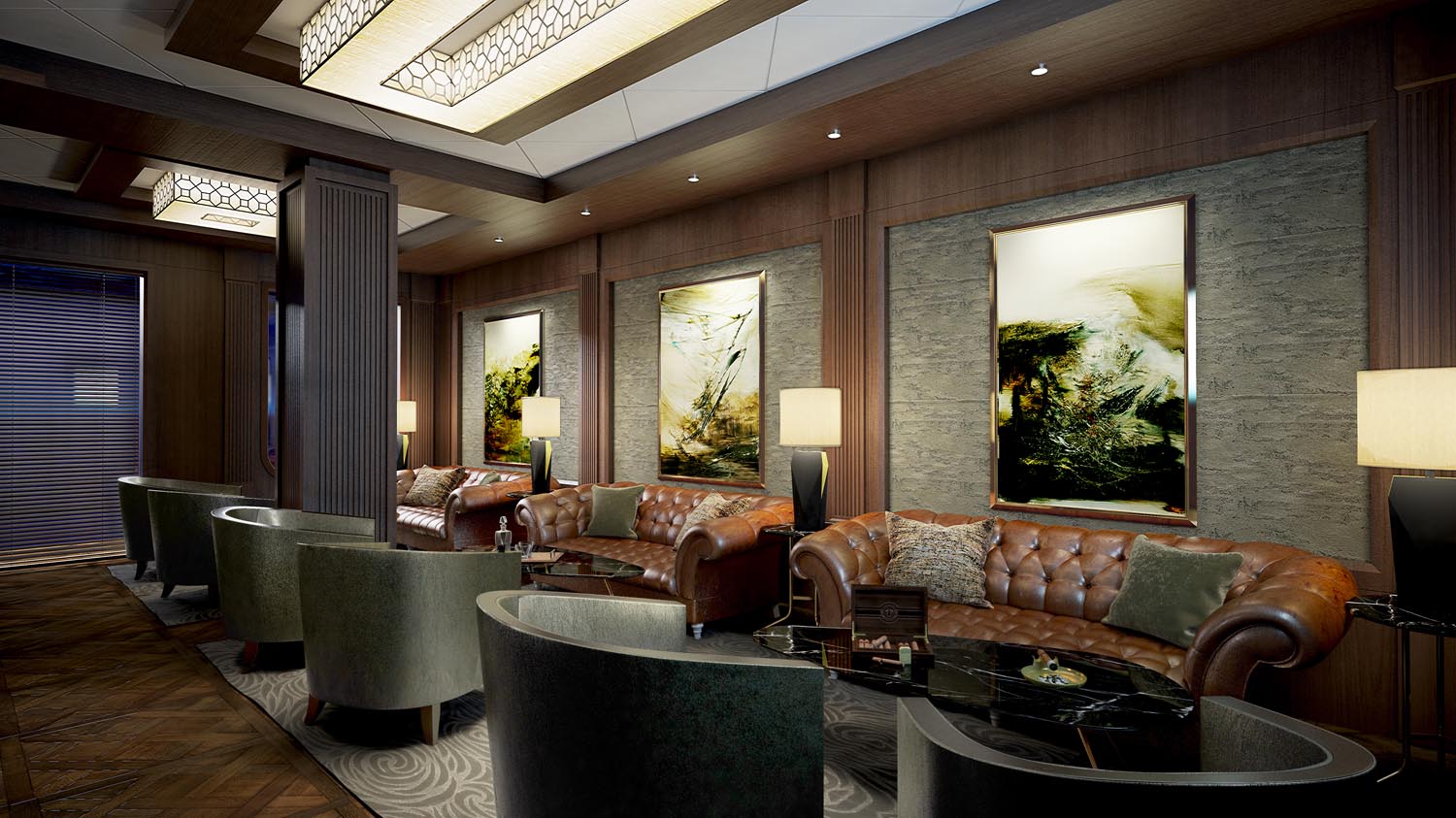 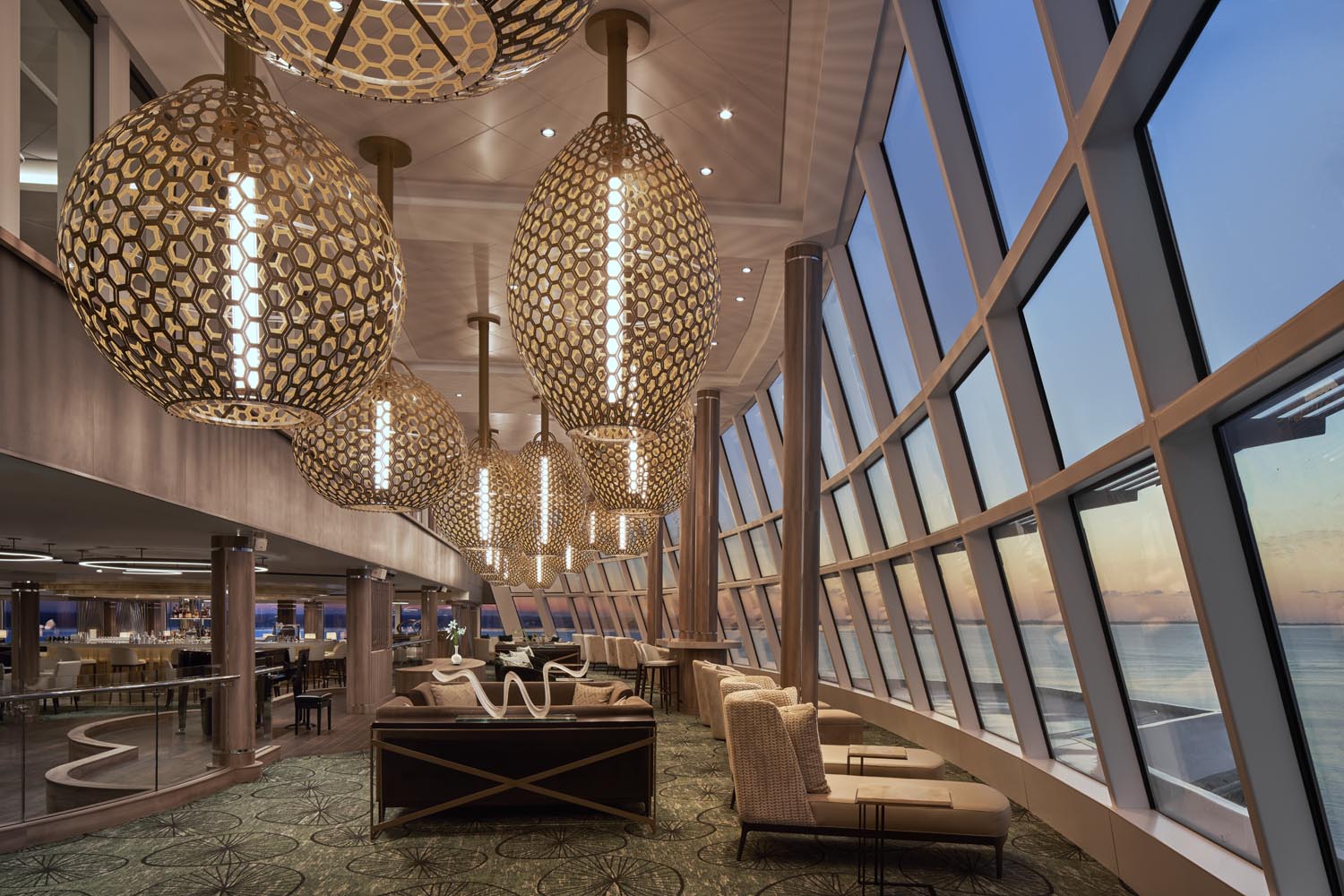 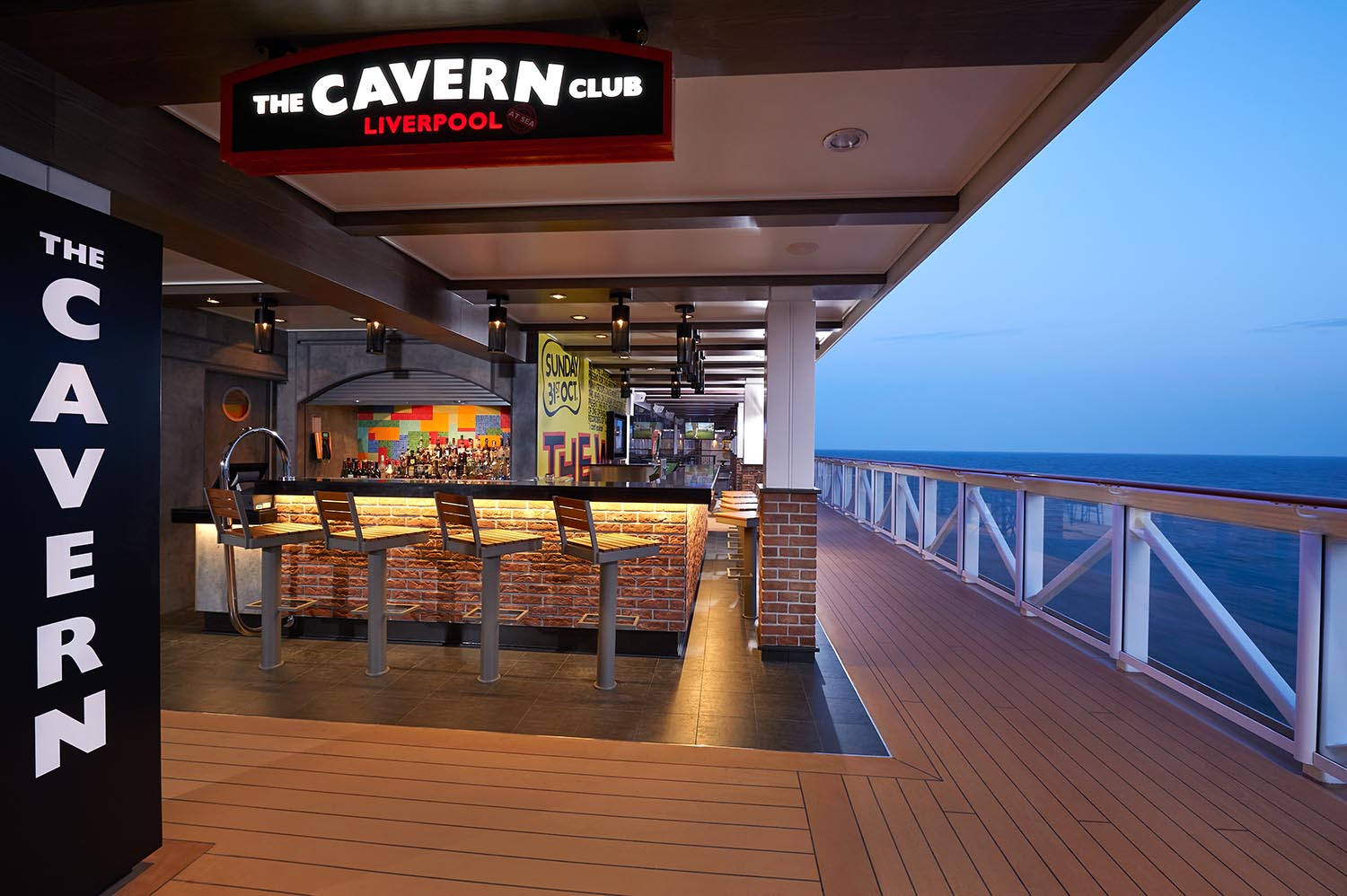 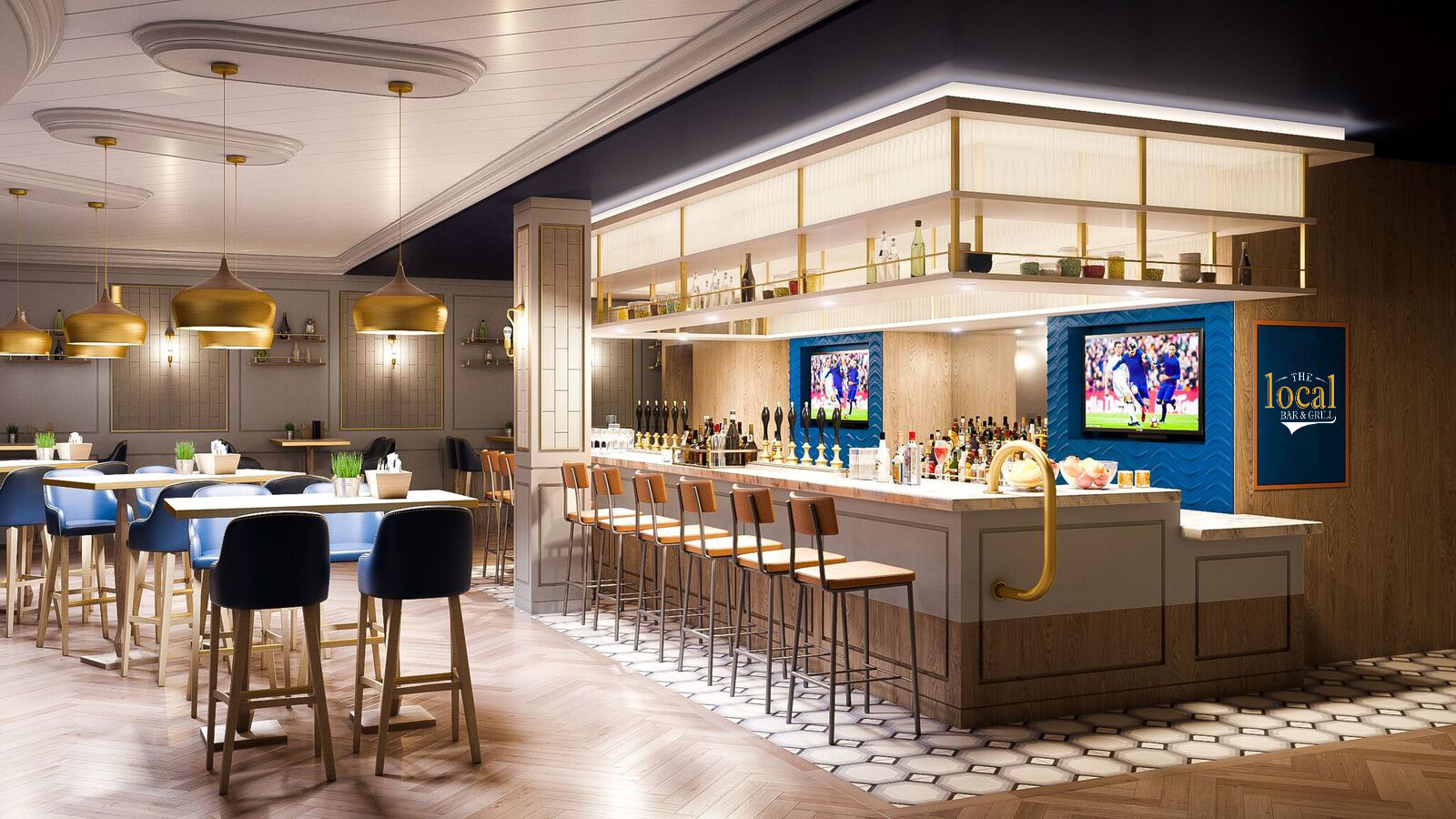 The onboard spa is always the perfect place to rest your weary self after a day of walking around a port town or taking an excursion. It’s also a good chance to bathe in relaxation away from the kids as no children are allowed in the spa. Among the plethora of over 50 rejuvenating treatments, we recommend chilling out at the ‘snow room’, essentially a walk-in freezer kept at 14F degrees and flurries of powdery snow descending from the ceiling. The idea is to alternate between this and the hot sauna next door, making your blood vessels constrict and dilate, which is great for your immune system and blood circulation. 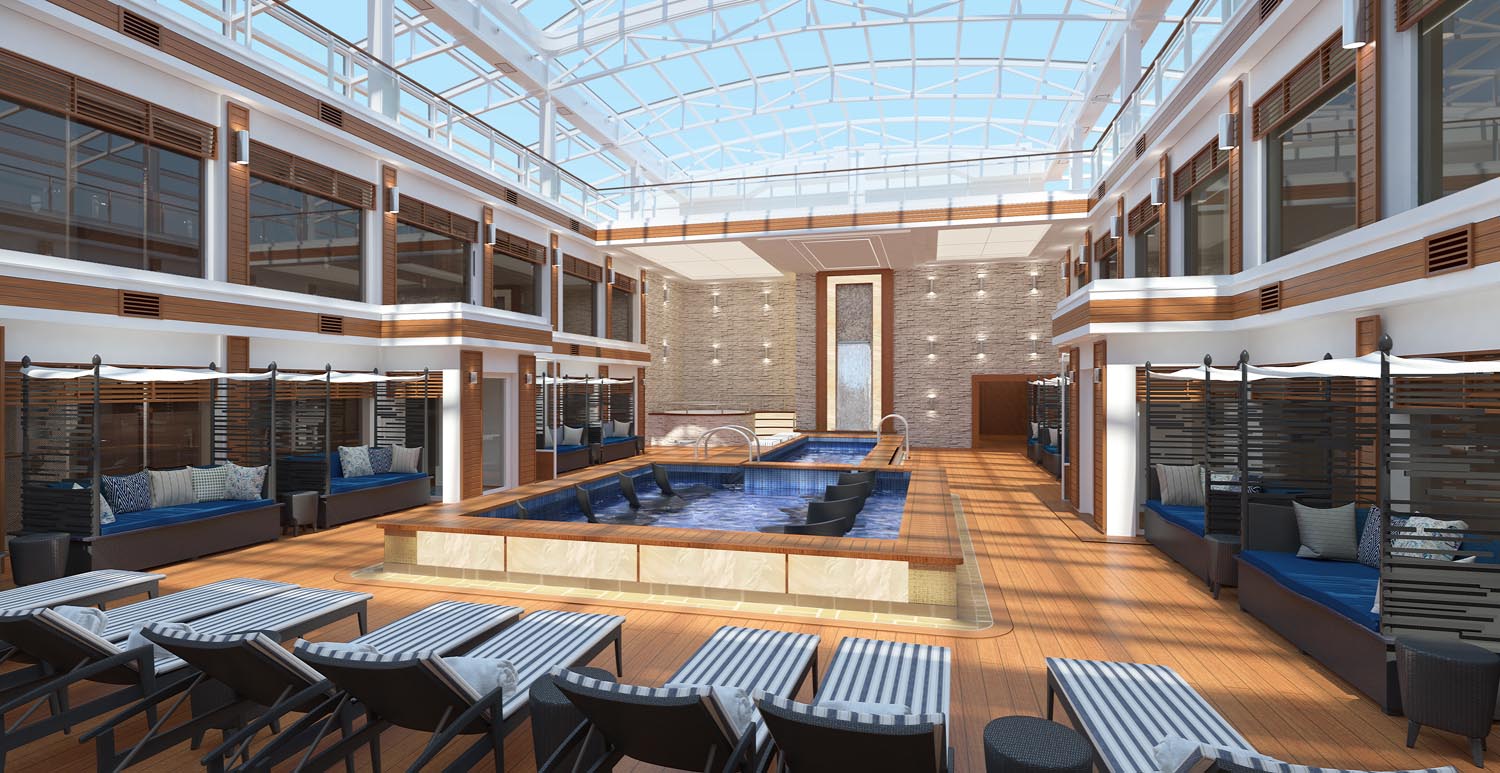 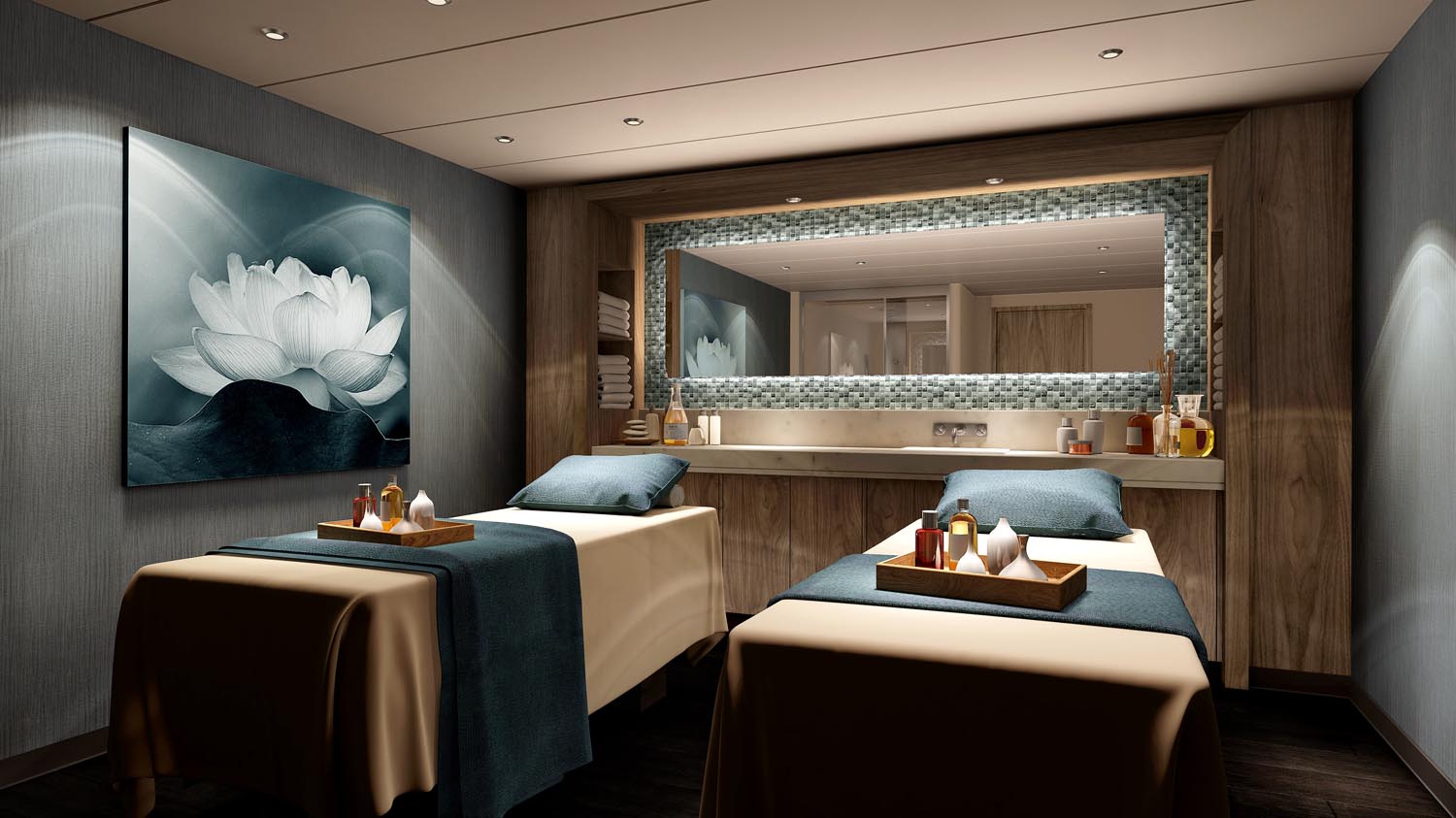 The spa also offers a heated pool and jacuzzi surrounded by heated loungers looking out over the ocean through floor-to-ceiling windows. Included in the number of treatment rooms is one for couples so you can enjoy massages together.

The main pool deck features two standard size pools illuminated at night and facing towards probably the biggest screen we’ve seen on a ship and very high resolution – perfect for combining your evening swim with a cinema experience. 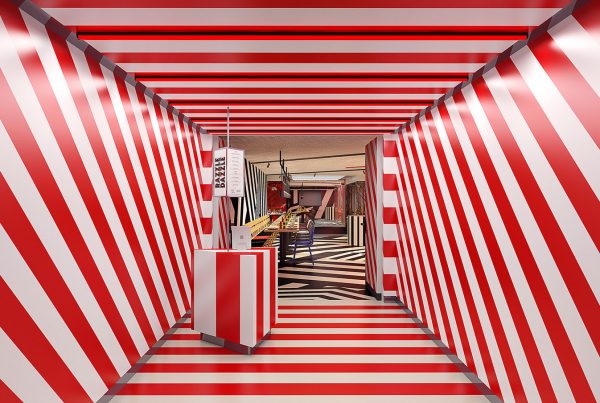 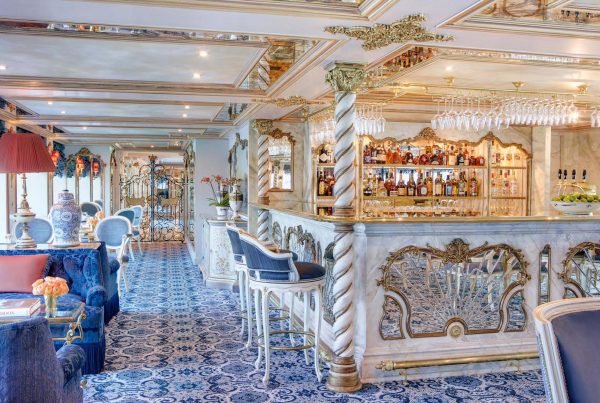 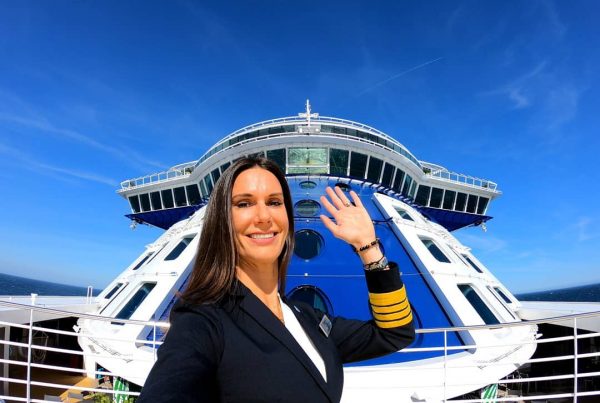